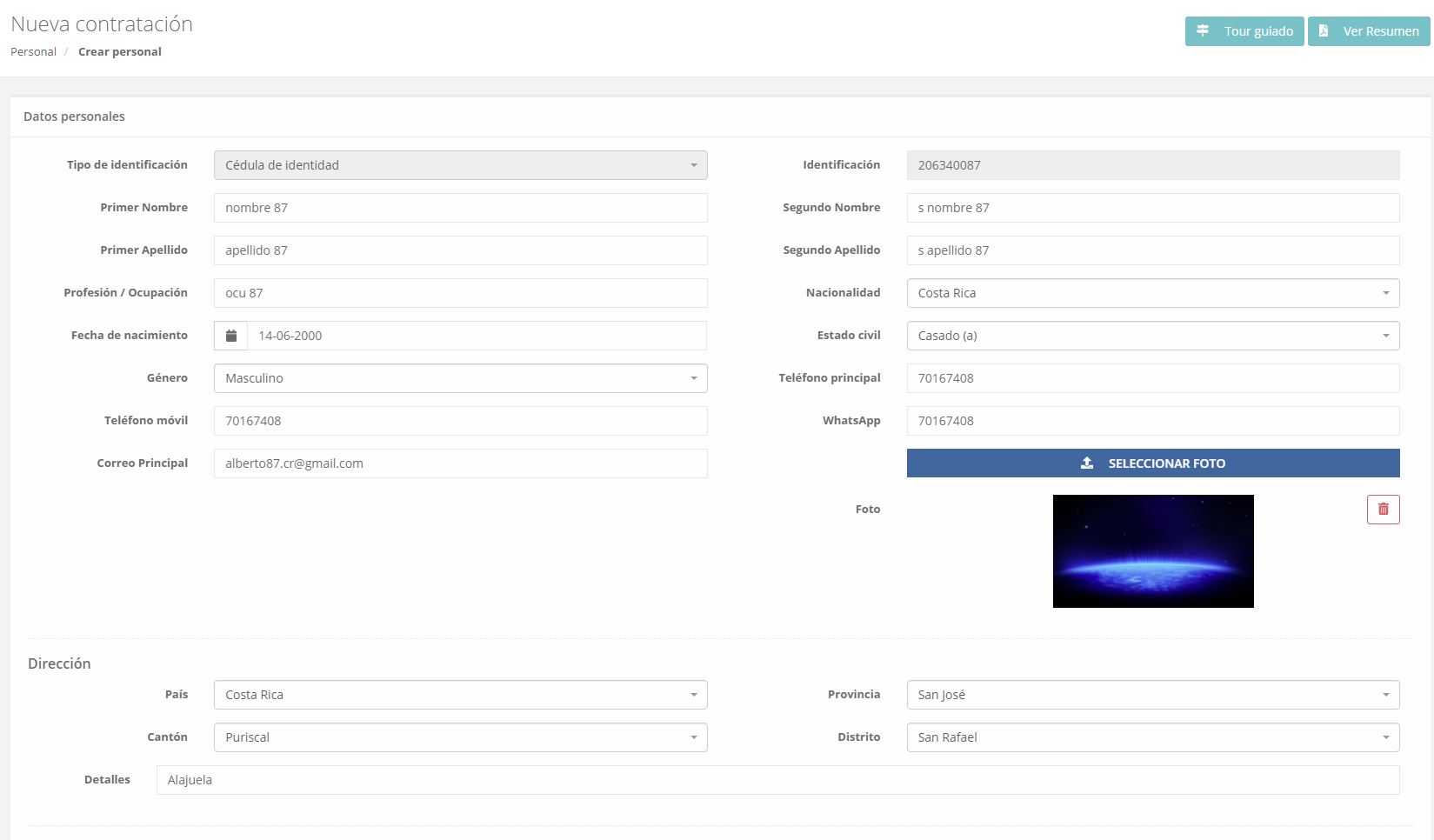 On June’ 2018, we began the development of the system that we named RegDis, this name is a diminutive of the initial name that the company had assigned it was “Régimen Disciplinario”, which was later changed to “Gestión de Talento”. This system is a development requested by the company Varela Asesores S.A., which is a Law Firm.

The system is made up of multiple modules and maintenances, which allow to simplify the management of the Human Resources department in a simple way and with absolute control of the personnel and other areas of the company.

The development of the system began with a university student who needed to carry out his professional practice, being that at the end of said practice, the system was not completed. So Varela Asesores contacted us and after studying the system they had developed and contrasting with what was indicated to us in a superficial way, which were the functions that the company expected the system to perform, we recommend starting the development of the system again from the beginning, completely discarding what they had developed. Being that after explaining the reasons, it was accepted by the company.

On CR Developers, we carry out the complete study, completely designing and developing the system, starting only with simple indications such as “I need a document management module or I need a salary calculator” and without further indications or requirements, we took care of studying what should Contain these modules, making use of the knowledge in the laws of Costa Rica that our collaborators have and delivering all modules with full functionality to customer satisfaction.

* All the modules contain a list of records, which mostly have the options of creating, editing, physically and / or logically deleting the records.

** According to the permissions assigned to each user.

#
Detalle
01
Business module (basic information, mission, vision, values, representative, among others).
02
Collaborators Module (personal, professional information, curriculum vitae, professional profile, document management, hiring module, automatic generation of contracts, among others).
03
Applications for permits to not work or vacation.
04
Disciplinary procedures (report of incidents, transfer of charges, worker response and final resolution), includes automatic generation of documents of transfer of charges and resolutions, allows attaching files of different formats for evidence and has a notification system through Email , SMS and WhatsApp.
05
Reports of workers, allows workers to report situations that require attention from the HR department, so that it can analyze and resolve them or generate a disciplinary procedure if it deems it necessary.
06
Psychometric test, currently only available the temperament test according to the Keirsey model.
07
Legal information modules (legislation, jurisprudence, FAQ´s, audio and video files).
08
HR calculators (salaries and liquidation).
09
Configuration modules: Salaries and positions from company and from M.T.S.S., holidays, departments, branches, document and contract examples, working hours, interview questions, induction lists, roles, users, among others.
10
Users registered in the system can be registered in several companies simultaneously and the system has an interface that allows in these cases to make the change of company, adjusting the permissions to the company to which it changes according to the assigned role.
11
Messaging module (email, SMS and WhatsApp), this module allows that our customer bringth support and service to be facilitated through the system in a simple and comfortable way.
Clicking on an image will expand it for more details…

Let us simplify your life !!!

We only use some data, to contact us as soon as possible and provide the solution you need so much!!!